Wiese USA is helping to help educate and promote the understanding of the unique gifts of autistic people. At Wiese USA, we believe it’s important to appreciate each other’s differences. It’s ok to be different! 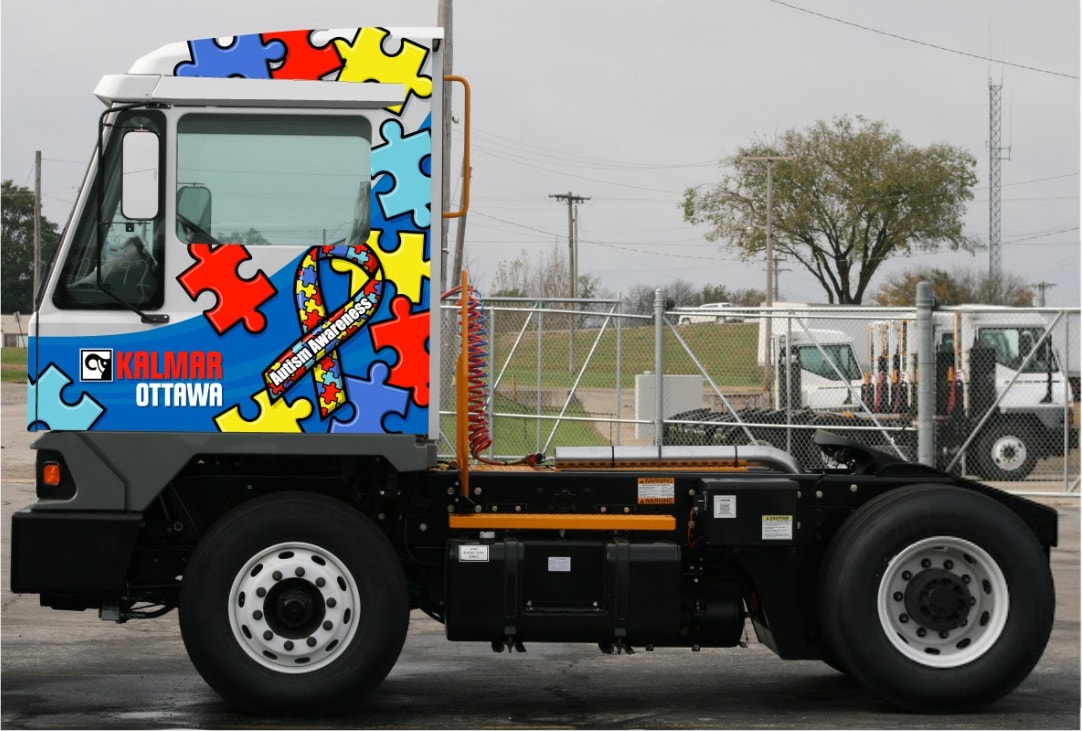 Rent our Autism Awareness truck today and let everyone know, It's Ok to be Different.

Autism spectrum disorder (ASD) is a developmental disorder that affects communication and behavior. Although autism can be diagnosed at any age, it is said to be a “developmental disorder” because symptoms generally appear in the first two years of life. Autism affects all ethnic and socioeconomic groups. Autism is described as a spectrum disorder, which means that it manifests itself across a wide range of behaviors from mild to severe. No one is sure of what causes autism yet. Researchers are working to understand the origin of autism, but so far nothing has been consistent across all cases.

People with ASD have difficulty with social communication and interaction, restricted interests, and repetitive behaviors. Not all people with ASD will show all behaviors, but most will show several. Diagnosing ASD in adults is often more difficult than diagnosing ASD in children. In adults, some ASD symptoms can overlap with symptoms of other mental-health disorders, such as anxiety or attention-deficit/hyperactivity disorder (ADHD).

Autism is a lifelong condition, and a wide variety of treatments can help support people with ASD. In recent years, more children with autism have attended school in typical classrooms and gone on to live semi-independently. However, the majority remain affected to some degree throughout their lifetime. Click here to learn more about Autism Spectrum Disorder.

In 2015, Cambridge University conducted a study of almost half a million people and uncovered evidence that autistic traits are more common among people involved in the science, technology, engineering, and math (STEM) fields, careers historically requiring quite a lot of brainpower.


Prominent People with Autism Proving It's Ok to Be Different

Values are very important at Wiese USA and we lean on those to help to enhance our culture. These founding principles were established and lived by our company’s founder, Harold Wiese, more than 75 years ago. This prominent piece of “who we are” as a company our values is what makes us stand out from other organizations. People don't buy what you do; they buy why you do it. At Wiese, we ultimately try to live the golden rule, treat others as we want to be treated. These aren’t things that we say, it’s how we live.
It’s Ok to Be Different


About The Autism Research Institute (ARI):

The Autism Research Institute (ARI) is the hub of a worldwide network of parents and professionals concerned with autism. ARI was founded in 1967 to conduct and foster scientific research designed to improve the methods of diagnosing, treating, and preventing autism. ARI also disseminates research findings to parents and others worldwide seeking help. The ARI data bank, the world's largest, contains over 42,000 detailed case histories of autistic children from over 60 countries. ARI publishes the Autism Research Review International, a quarterly newsletter covering biomedical and educational advances in autism research.

Fill out the form or contact our Wiese Rental Department: